Disk Harrow Uses: How Important Is It?

As a secondary tillage equipment, it’s easy to dismiss the disk harrow as a non-essential farm equipment.

Since it’s “secondary”, maybe the disk harrow uses aren’t all that necessary? A lot of newbie farmers — wanting to save time and money — would use this as a reason to skip the disk harrow.

Today, we’re going to argue against that. We’re here to tell you that the disk harrow is one of the best investments you can make for your farm, especially if you’re in California.

In this article, we will share five disk harrow uses and explain why you need it. Let’s start: 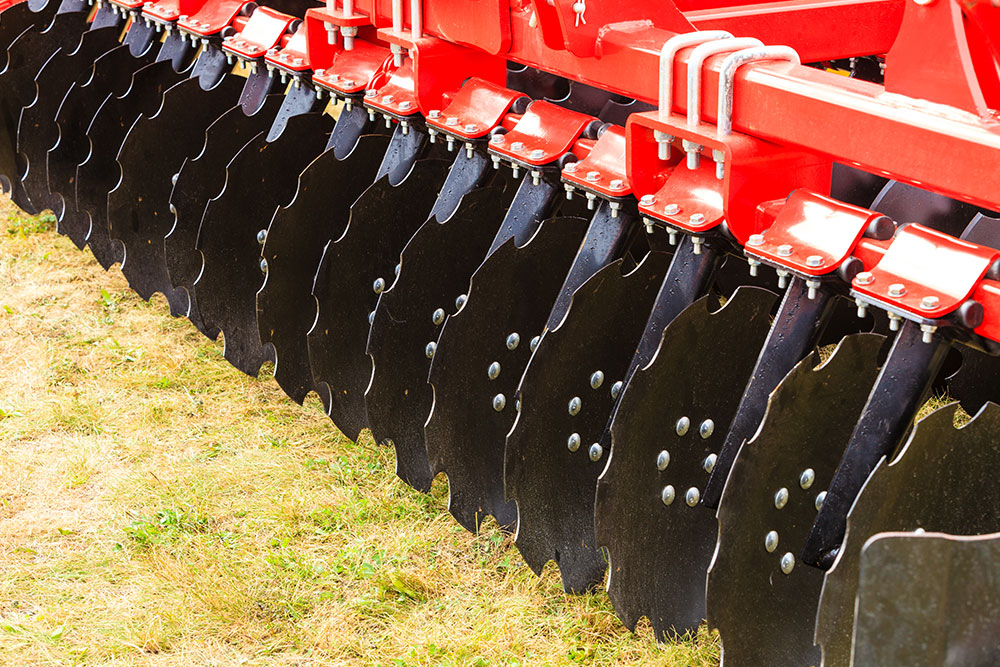 Since California is mostly affected by drought, the soil is typically dehydrated. That’s why it easily forms crusts and clods over time without regular cultivation. The disk harrow is made as a fast and effective solution to this problem.

Slices through crop remainders and weeds

A soil decomposes organic matter faster if it goes through wet and dry periods frequently. However, if it stays dry like in California, it would fall behind schedule. If you’re overturning soil, the layer previously below the topsoil might have been dehydrated. Some solid organic matter might still be present there. That’s another one of the disk harrows uses that can help you.

By breaking the soil and cutting through organic matter, the pull behind disk keeps the soil homogenous. It keeps the field manageable and effective. Plus, the much-needed nutrients the soil needs will be evenly distributed. This will make sure every patch of your garden shares the same quality throughout.

In California, drought is the rule rather than the exception. Farmers have learned to adapt their farming techniques to follow the water conservation practices of the state.

That’s also where a pull behind disk comes in. Since they granulate and distribute the soil to desirable standards, it optimizes the entry of moisture into the soil. It allows for water from weather and irrigation to seep and creep in deeper. And because of the evenness of the soil, the moisture spreads at a much more constant distribution.

The disk harrows use for drought management and water conservation does not only end there. It also definitely allows farmers to speed up the furrow construction process if they’re practicing furrow irrigation.

Most disk harrow implements have adjustable gangs that you can angle diagonally or straight right through.

Get FREE Shipping on all Parts! Dismiss